About Swinging Through The Sixties 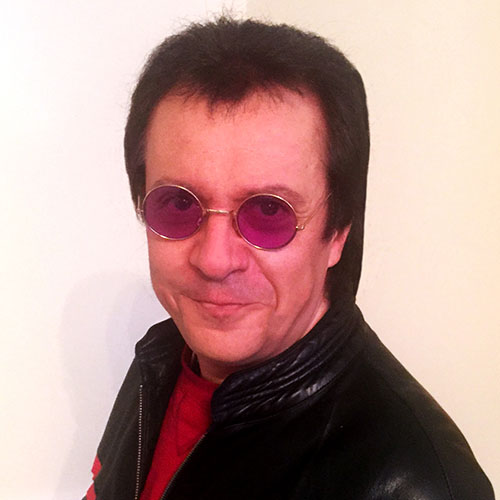 Richard Buskin is a New York Times bestselling author and freelance photo-journalist who specializes in pop culture, music, film, and television. A native of London, England, who relocated to America in 1995, he has written more than 30 non-fiction books, including biographies and autobiographies of The Beatles, Whitney Houston, Sheryl Crow, Marilyn Monroe, Phyllis Diller, Stefanie Powers, Congresswomen Linda and Loretta Sánchez, and the world’s most famous record producers and engineers.

A co-author and consulting editor on the Billboard Illustrated Encyclopedia of Music and the Definitive Illustrated Encyclopedia of Rock, Richard has contributed articles to magazines such as Playboy, Paris Match, Billboard, Melody Maker, and Sound On Sound. He’s also written for newspapers such as the Observer, Independent, Sydney Morning Herald, and New York Post, and interviewed anyone from Mick Jagger, Sir George Martin, Roger Daltrey, and David Bowie to Jack Lemmon, Ginger Rogers, Tony Curtis, and Roger Moore.

Havings created press releases and publicity bios for the likes of Aerosmith, The Eagles, and Michael Jackson, Richard has appeared on TV shows such as CBS’s Entertainment Tonight, A&E’s Biography, E! Entertainment’s True Hollywood Story, AMC’s Backstory, and the BBC Television News. He lives in Chicago with his wife Melodye and daughter Melanie.

Erik Taros has been a Beatles fanatic since being forced to watch the February 9, 1964 Ed Sullivan Show. (At that time, he preferred Bonanza.) But it was a guest on his teenage radio show, the legendary Beatles fan Joe Pope, who set him on the path of Fab Four scholarship. Over the years, Erik has assisted on various Beatles reference books, as well as a movie about America’s Lost Band (The Remains). He is also an expert in discovering and preserving ‘small gauge’ films shot of The Beatles and other classic rock bands.

Active on his native Boston’s post-punk music scene, Erik moved to London in the early ’80s, working as a graphic design productionist for BBC-TV shows like Top of the Pops, Something Else, Only Fools and Horses, Parkinson and David Bowie’s television play, BAAL. It was at a 1983 Beatles Convention in Liverpool that he met an up-and-coming writer named Richard Buskin…and the rest (eventually) was history.

A passionate preservationist of ‘dead media formats’, Erik has worked extensively on the digitization of 1960s artist Aldo Tambellini’s work, contributing to major retrospective shows at the Tate Modern in London and Centre Pompidou in Paris. Another major show attThe Tate Modern is planned for 2018.

In 2014, after more than 25 years as a graphic designer, Erik became the Archive Specialist and Subject Matter Expert for Ron Howard’s Beatles documentary Eight Days a Week: The Touring Years. As it turned out, his contribution to the Grammy and multi-Emmy award-winning film far exceeded these title credits. Currently, he’s developing a new documentary about the rock ‘n’ roll music of the sixties that he loves so much.