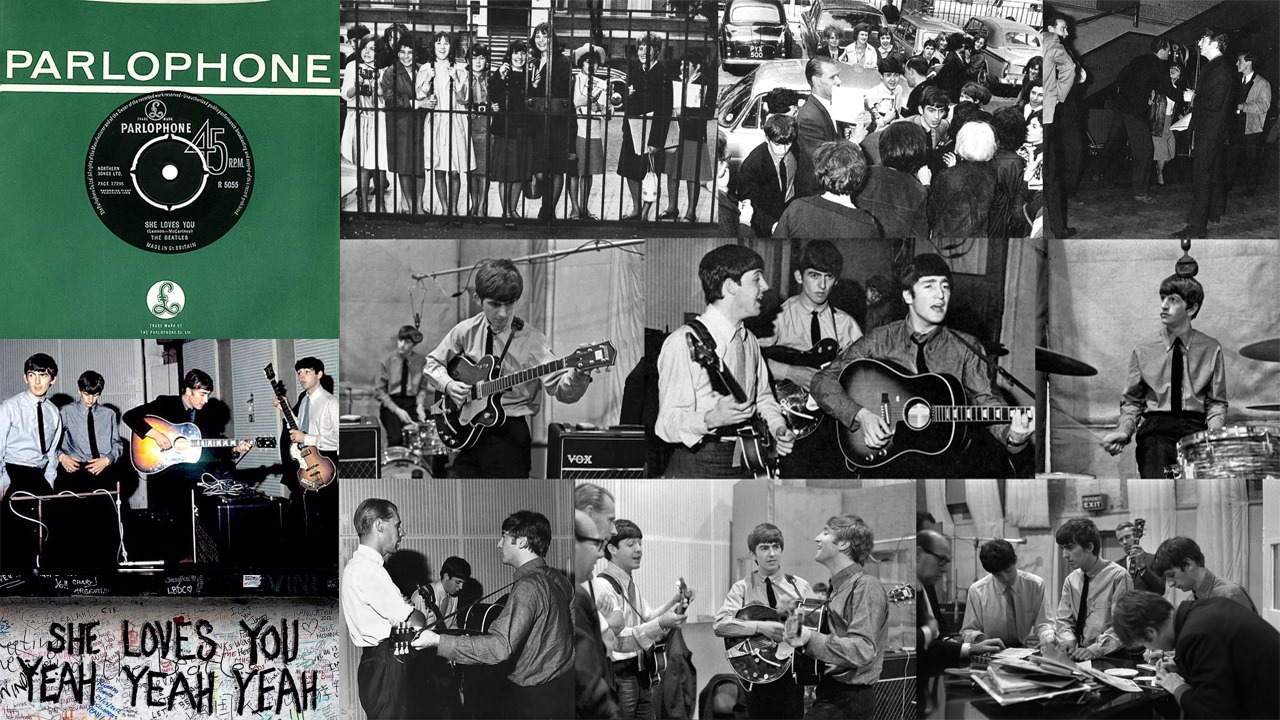 Such was the growing British interest surrounding The Beatles by mid-1963 that, on 1st July, fans gathered outside the EMI Studios on Abbey Road where the group was recording both sides of its next single: ‘She Loves You’ and ‘I’ll Get You’.

Since the late-Sixties, ‘She Loves You’ has been short-changed; dismissed by many as just catchy MOR pop compared to the Fab Four’s subsequent, more experimental tracks. In reality, this one was every bit as groundbreaking: a unique, infectious, beautifully-crafted rock belter that saw the Lennon-McCartney songwriting team hit the ball out of the park before, five days later, they and their colleagues accomplished the same inside Studio Two.

‘She Loves You’ was unlike anything that had been heard before—in various ways. So, where did it come from? And what were the ingredients in its creation? Take a deep dive into a true classic.