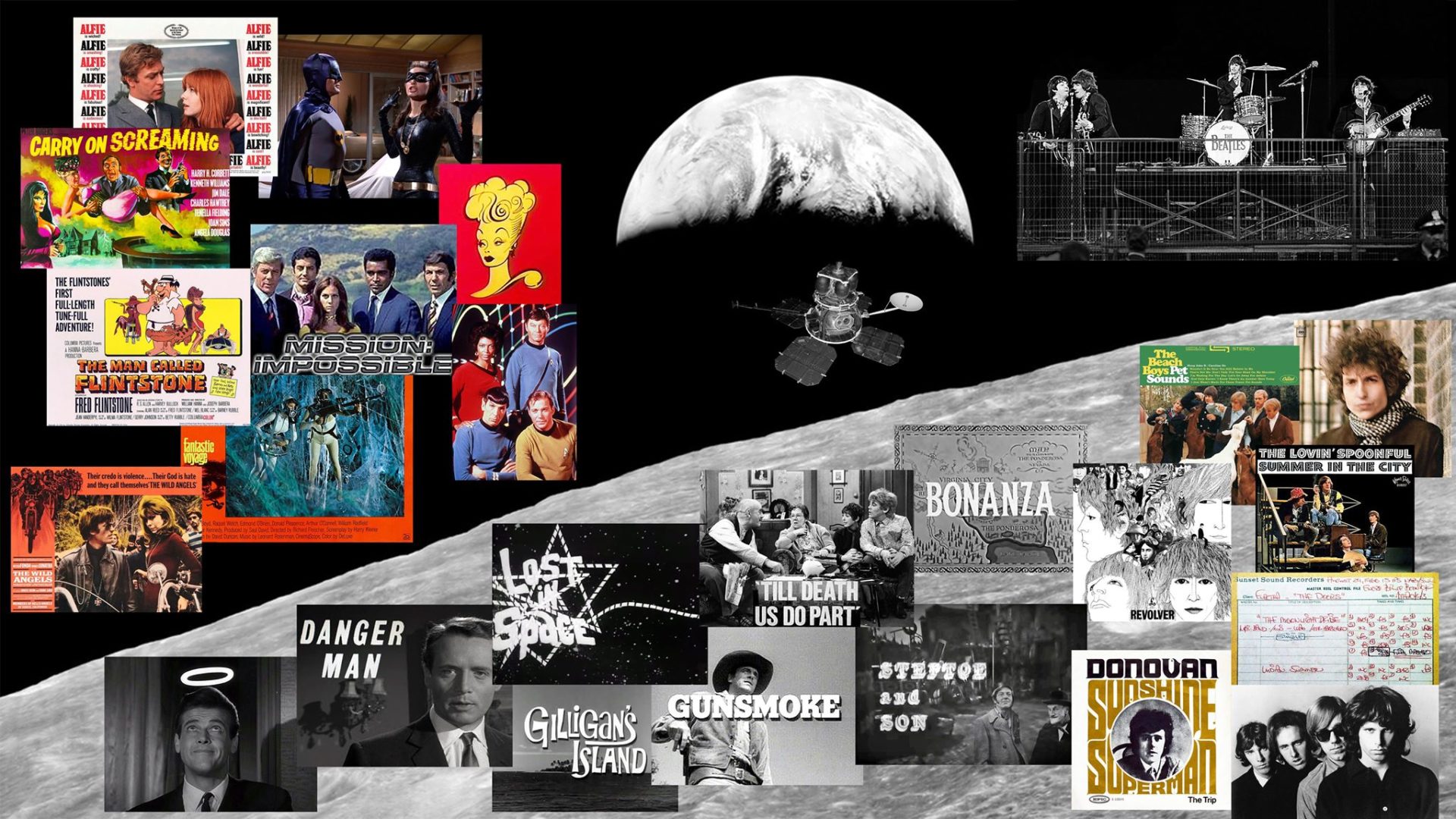 While The Beatles were at Candlestick Park in San Francisco, performing their final concert for a paying audience, The Doors were in Hollywood recording their first album, an Englishmen was attempting to sail solo around the world—and many people were marveling at the first photos of that world taken from outer space.

It was a time when adventurers and new technology still captured the public imagination, as reflected in films and TV shows on both sides of the Atlantic—along with a rising interest in social realism and hallucinogens, as expressed on-screen and on record. With parents predating the rock era and popular music having a major impact across the generations, eclectic singles and album charts represented sharply contrasting tastes.

The 1960s were now in full swing and it was an exciting time to be alive—so long as you weren’t among those suffering poverty, persecution or the atrocities of war.