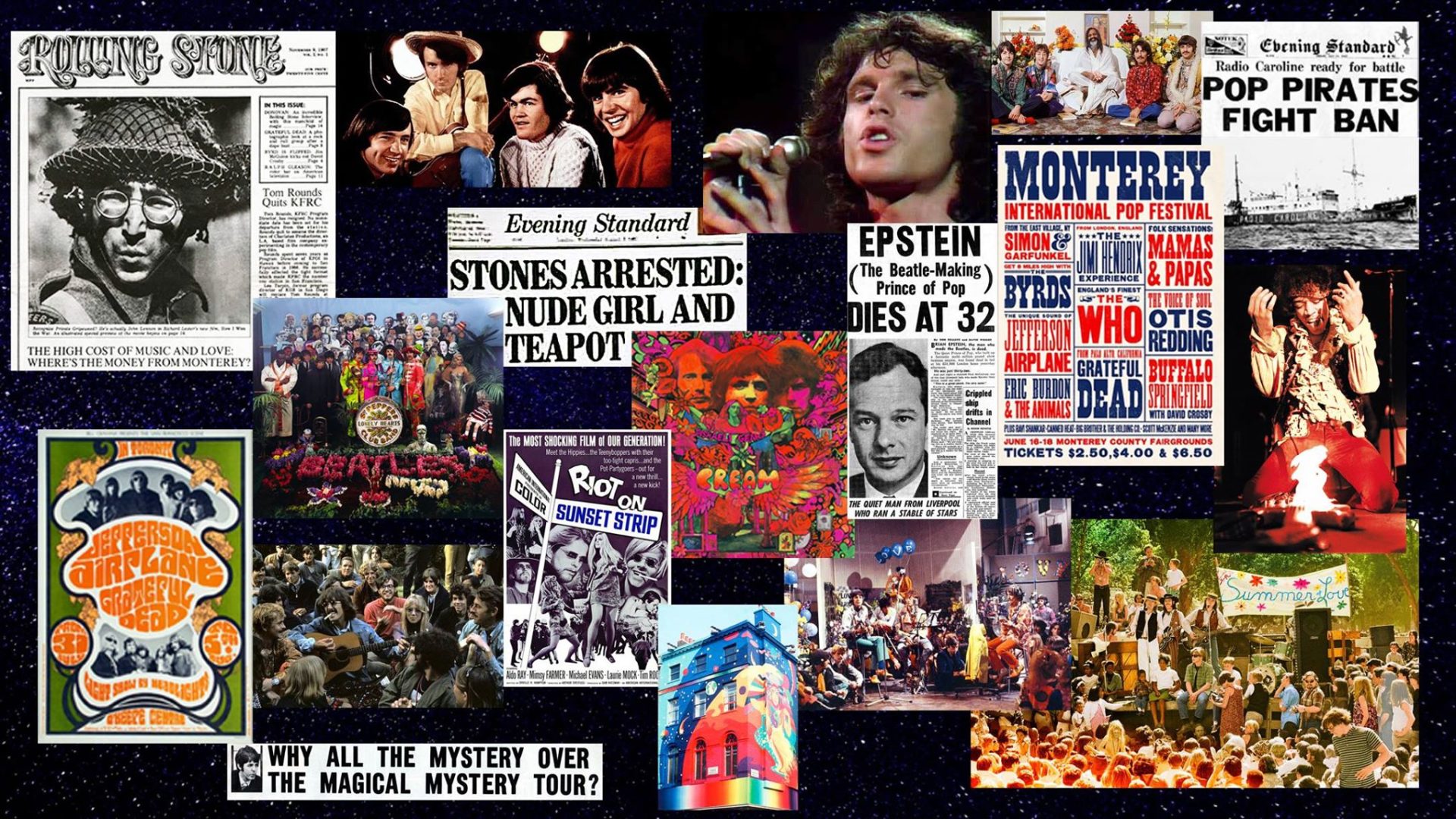 It was a new age: the young were going to rule the world—well, parts of it. And they were certainly taking hold of the music business… or so they thought.

1967 was a halcyon year in the annals of psychedelic rock and the counterculture movement on both sides of the Atlantic. Yet, high hopes and lofty ambitions were soon brought back down to the earth by the powers-that-still-were. L.A.’s Sunset Strip riots of November ’66 would prove to be a harbinger of things to come. And the British Government banned pirate radio while launching its own rock-oriented, more sanitized broadcast station. So it was that the ‘Summer of Love’ started to fade.

Musician/producer/songwriter Ben Rowling joins Richard Buskin as guest co-host for this episode while Erik Taros participates via the phone. However, Erik’s back in the studio to hear David ‘Mr. Bonzai’ Goggin talk about his own psychedelic West Coast experiences in 1967 – as well as his phenomenal up-close experiences with The Beatles.