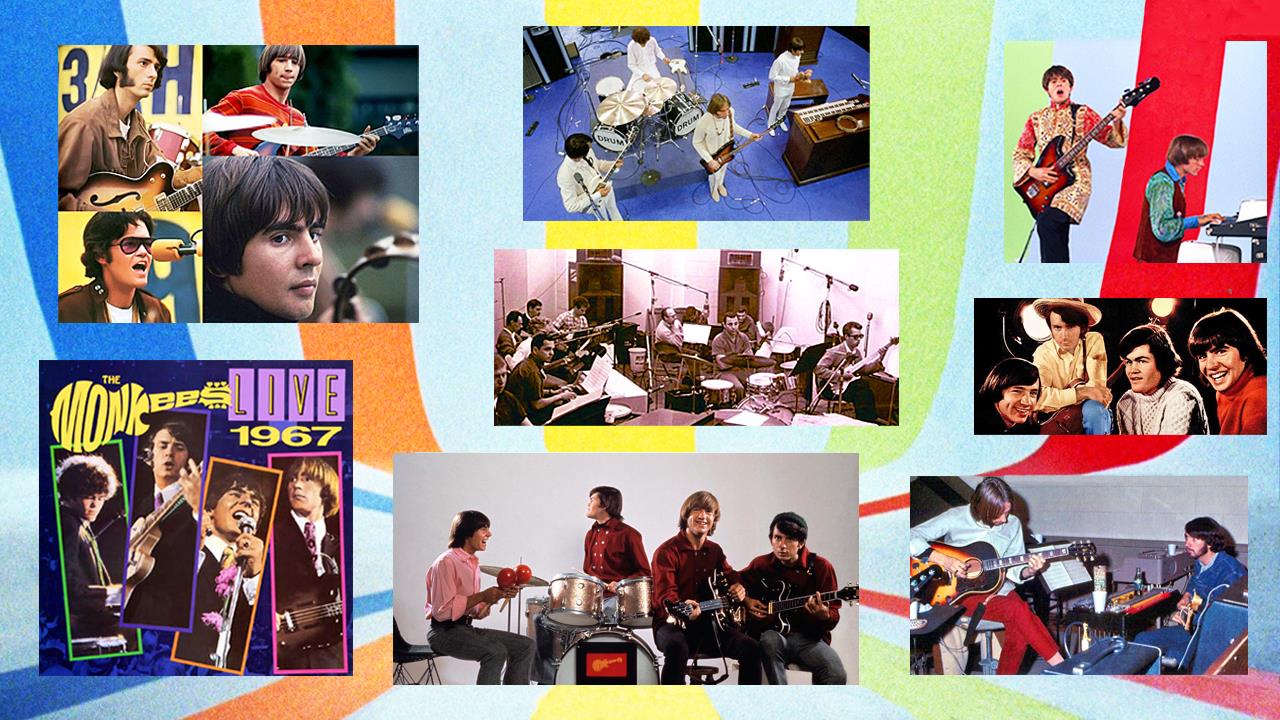 They’ve been labeled the Prefab Four, America’s answer to The Beatles; a manufactured group performing songs on TV and in concert that were written by accomplished composers and recorded by crack session musicians. All of which is true—up to a point. Davy Jones, Mike Nesmith, Micky Dolenz and Peter Tork boasted assorted pedigrees as actors and/or musicians, and they eventuially exerted greater control over their own career. But, as fast as they became superstars on both sides of the Atlantic, they flamed out, and to this day the debate continues regarding their musical validity and credibility. Which is where Richard, Erik, Allan and Craig enter the picture…

The music featured on this show comprises a wide array of singles, session tapes, outtakes and tracks from the albums ‘The Monkees’ (1966), ‘More of The Monkees’, ‘Headquarters’, ‘Pisces, Aquarius, Capricorn & Jones Ltd.’ (all 1967), ‘The Birds, The Bees and The Monkees’ and ‘Head’ (both 1968).