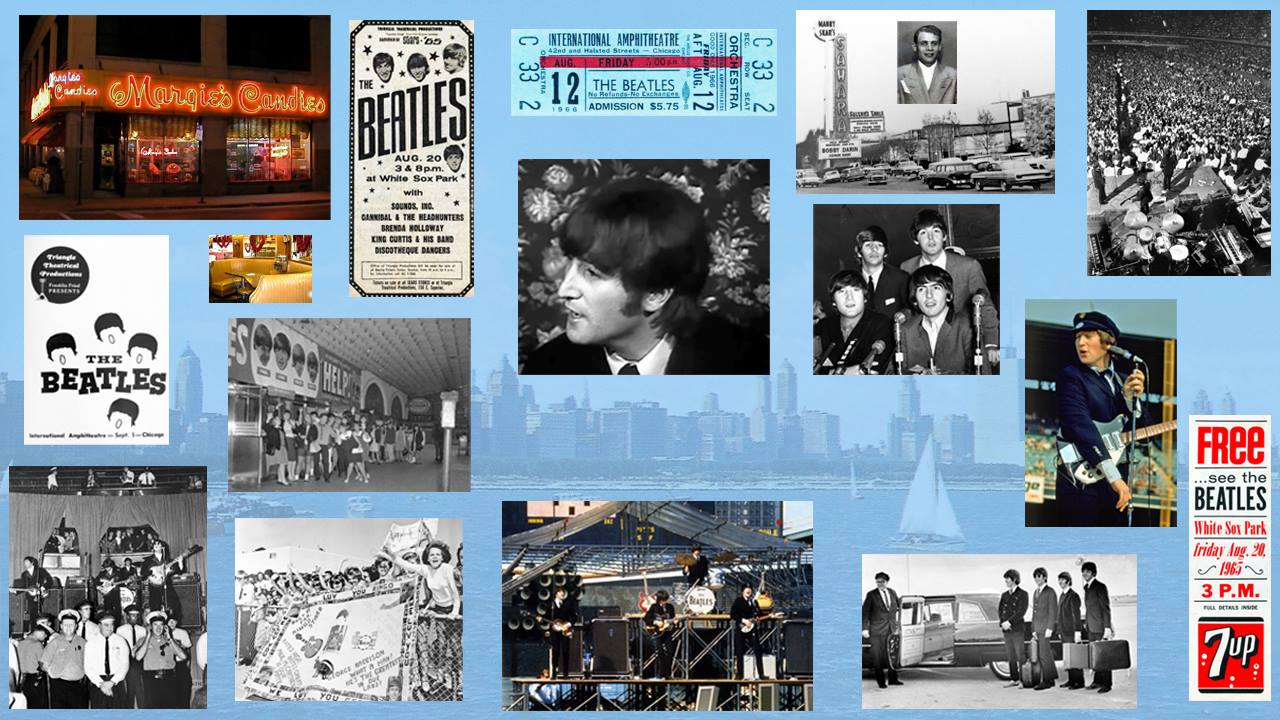 The Beatles played five shows in Chicago between 1964 and 1966—more than any other American city—and there was no little drama: from the total hysteria of their first gig at the International Amphitheater and staying at a Mob-run hotel during their second visit to kicking off their third and final tour with press conferences defending John’s “more popular than Jesus” remarks.

Re-live the excitement of those years via live Windy City performances by the Fab Four and on-the-spot interviews with fans, deejays, reporters, a concert promoter and a security guard, as well as the analysis of special guest Chuck Gunderson, author of the definitive two-volume ‘Some Fun Tonight! The Backstage Story of How The Beatles Rocked America: The Historic Tours of 1964 – 1966’.

The Beatles in Chicago