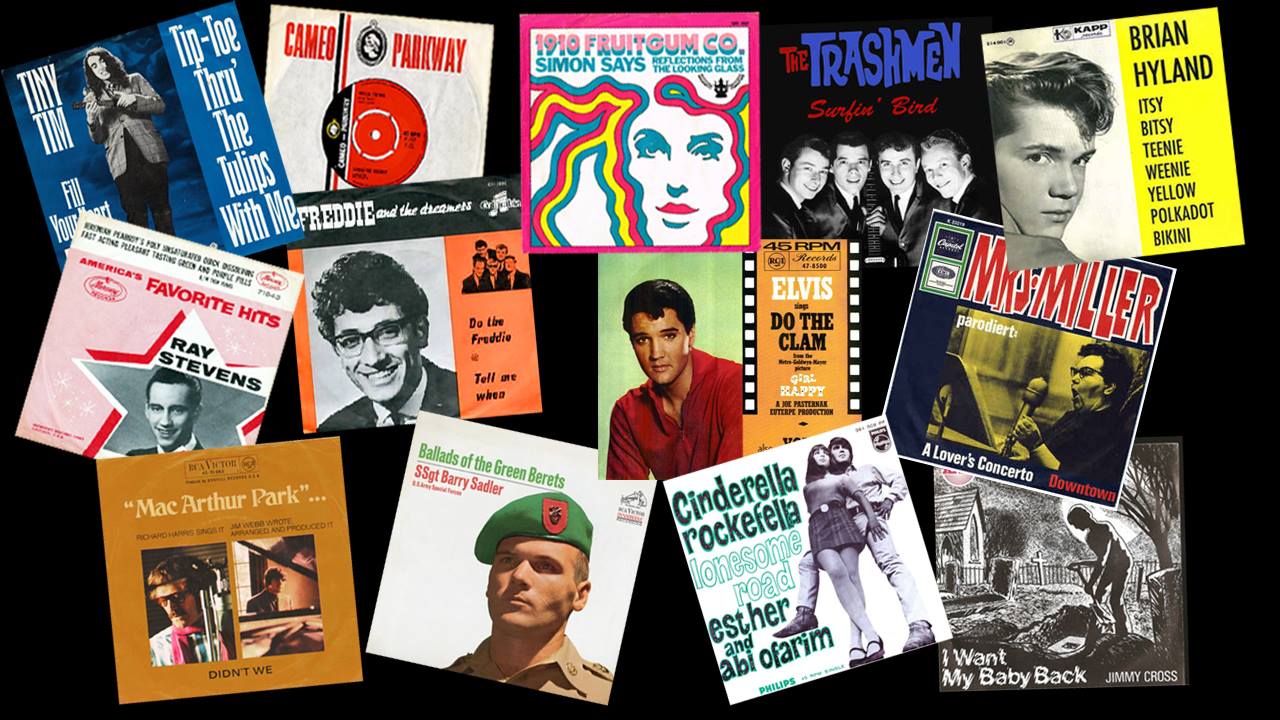 Just because a record’s a hit doesn’t mean it’s good. And there are many good records that never achieve chart success. This show focuses on the former: 1960s singles that cracked the top 100 in the U.S. and/or U.K.—in certain cases even topping it—yet which are universally condemned or divide opinions: some people love them, others hate them.

Incorporating several of their own choices with those of listeners, Richard and Erik bravely take a trip through an assortment of Sixties stinkers—ranging from novelty records to artistic blunders—and also recruit the Celebrated Mr. K (Allan Kozinn)  to try figure out what in hell the artists and composers were thinking.

Following are the featured tracks. But this is just the beginning—no way can all of the contenders fit into a single episode…